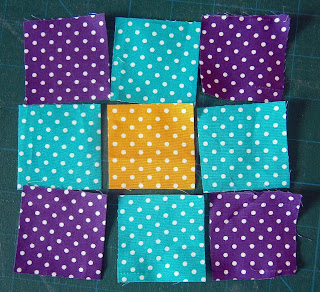 I wanted to try a mini version of a block to see if I liked it enough to make a whole quilt from it.

I started with a nine patch made from 2" squares. 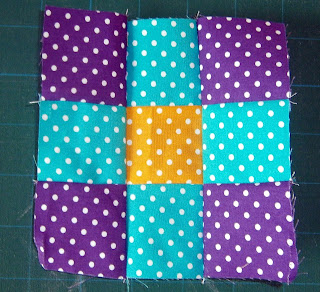 I sewed them together.

I didn't iron the block, which I might do at this stage another time. 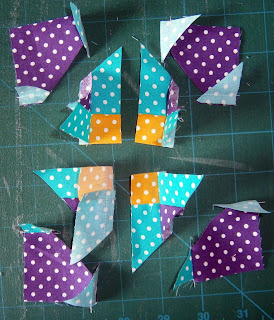 Then I made six cuts.  Two across the centre,  splitting that centre square into four quarters.

Then four cuts, cutting diagonally across each mini square that was made. 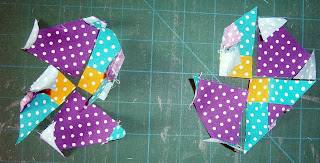 Then the parts are rearranged to make two smaller blocks, with two of the centre quarters 'kissing' in the middle.

I do realise that the photos would have been better if the block had been ironed! 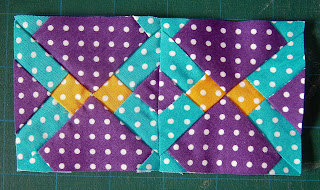 Then the two mini blocks were sewn together, and I joined the two together so that I could see the lattice effect.

I'm told that if you start off with nine 5" squares then you get two blocks that are 8 1/2" square, which seems to be a good useful size for making a quilt.