Windmills in my mind! 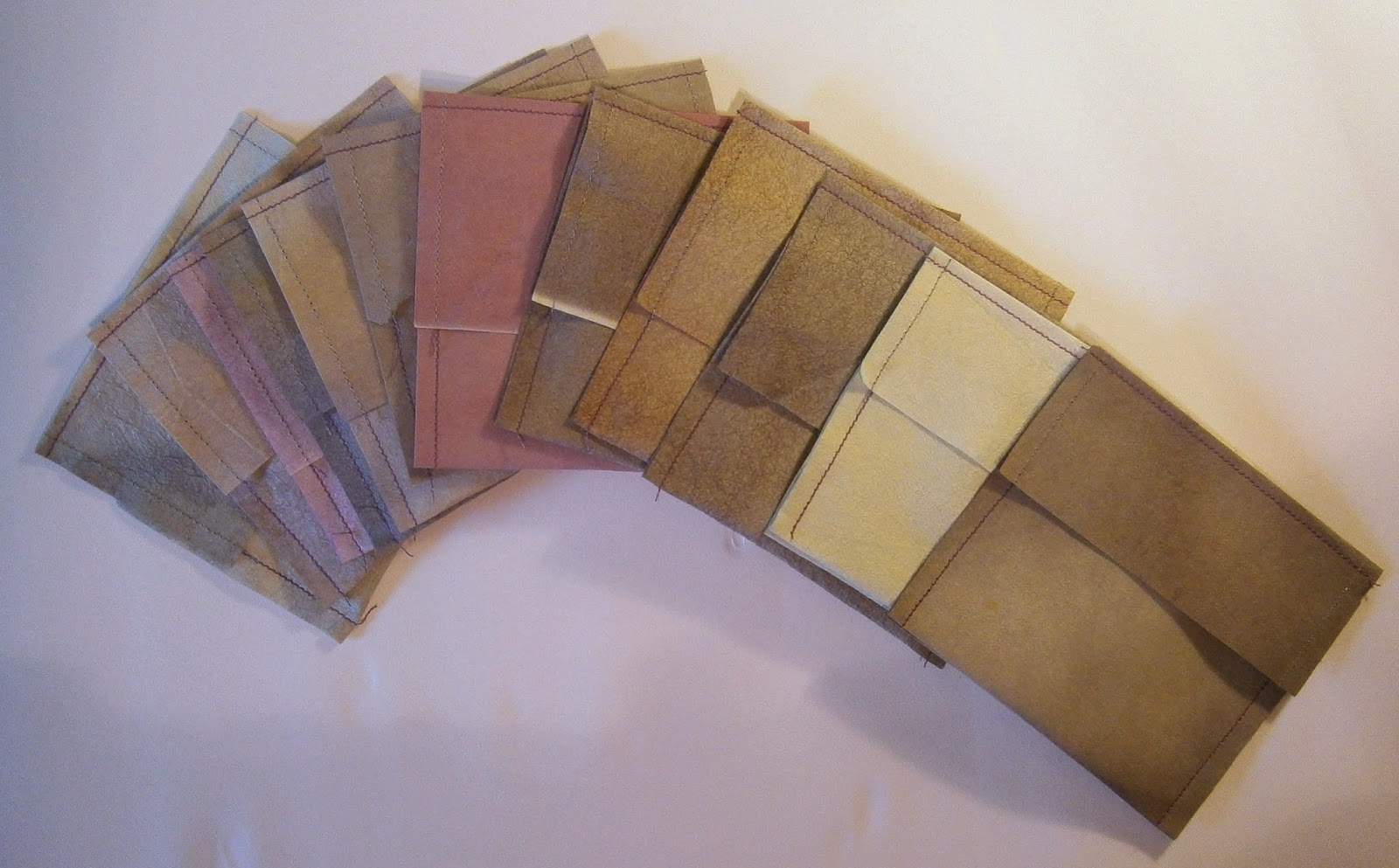 I'm finding it hard to concentrate this week - I'd like to blame the windy weather or the lingering cold that I've got, but I'm not sure that I can!  I've probably just got too many projects that I want to work on all at once, and not enough time or energy to do that!

One little project this week was to make some simple pouches from colour catchers - preparation for a crafty 'girls night in' that I've planned for later this week. 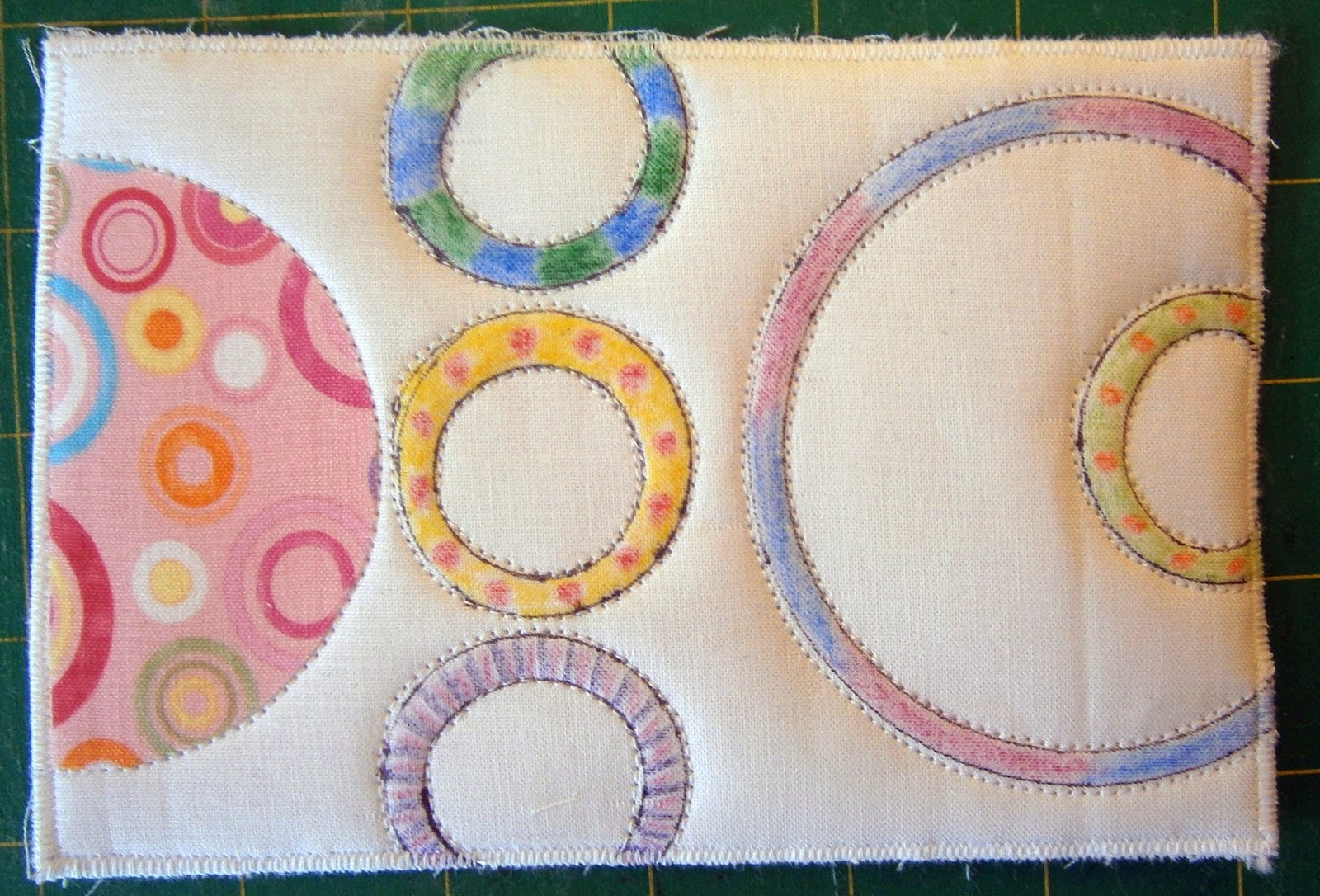 Very fast to make, and it's made me wonder what my girls could think of to make with them next week when they are off school for half term.  Perhaps they can recycle some, write up a project and try and get their eco (green!) Blue Peter badges?

The only other sewing to show this week is a postcard for my Birthday Swap - the theme was 'circles' for this one, so I had a play with a scrap of fabric that had been gifted to me and some time with my lovely Inktense pencils.

I'm back off to my windmills - perhaps I'd better write a good list and get my projects written into a sensible time line for the week, otherwise I might not manage to get anything else done with a paralysis of indecision!

A little early for snow? 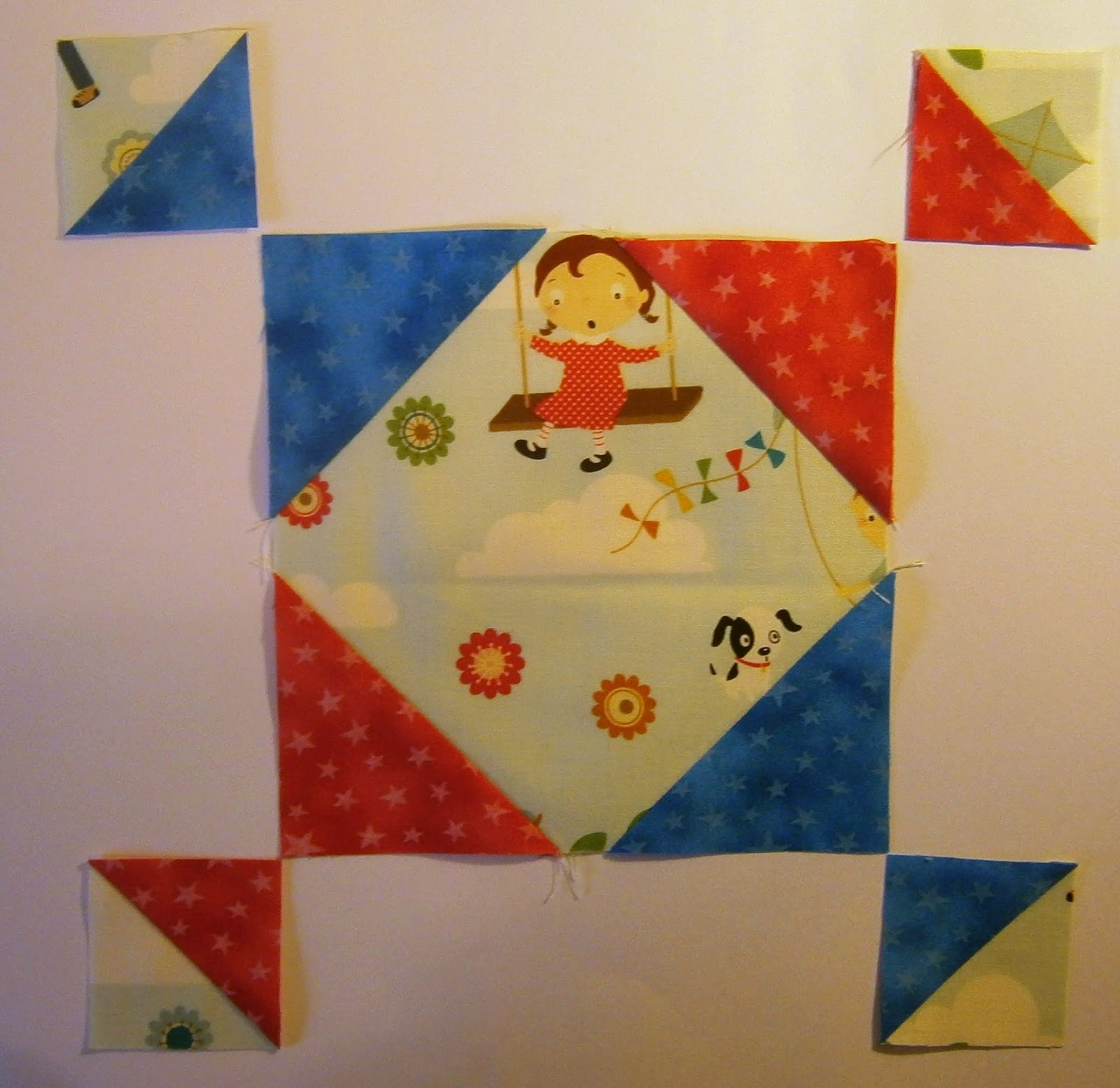 I've decided to make a quilt using snowballs this month.  I had hoped to have made more than just this sample one, but have been knocked sideways with a horrid cold and cough.  Still, when I'm sewing again at least this will be a simple project to continue with.  All the initial cutting is done, so it's just a bit more sewing, swiping the rotary cutter and pressing to do.

I'm making the blocks with coloured squares so I get the 'bonus' half square triangle blocks shown here at the same time.  I'm looking forward to playing with them once I've made the quilt! 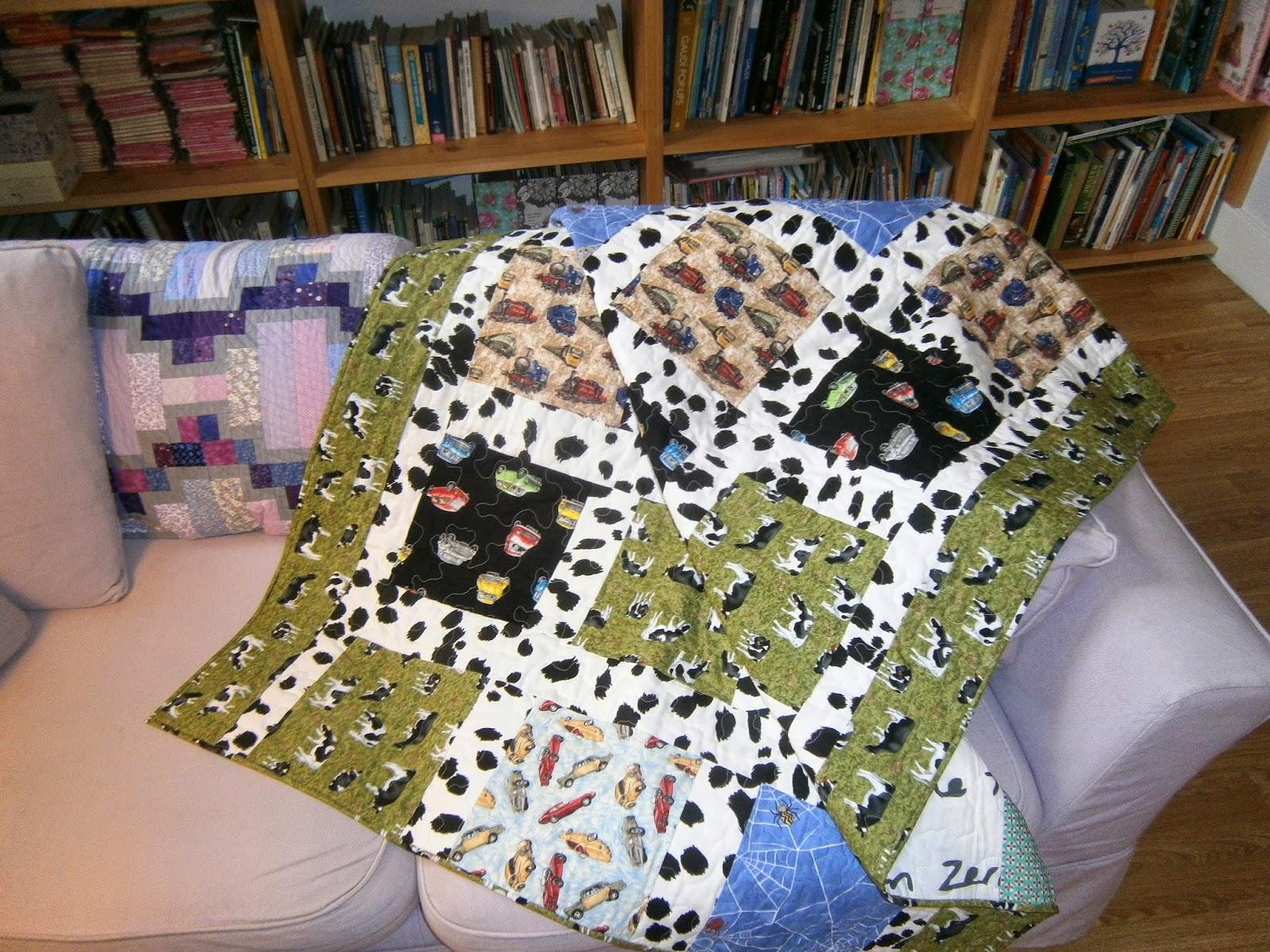 I realised that I hadn't posted a photo of the finished August quilt.

Somewhat busy with the novelty prints.  The sashing (and how I wished that I'd had enough to finish framing the novelty squares at the top and bottom of the quilt!) came in a bag of scraps from The Skep in Leeds more years ago than I care to remember.

I'd always thought that it was 'cow patch' fabric, but the more I sewed with it, the less certain I became.  I think that it might be Dalmatian fabric instead. 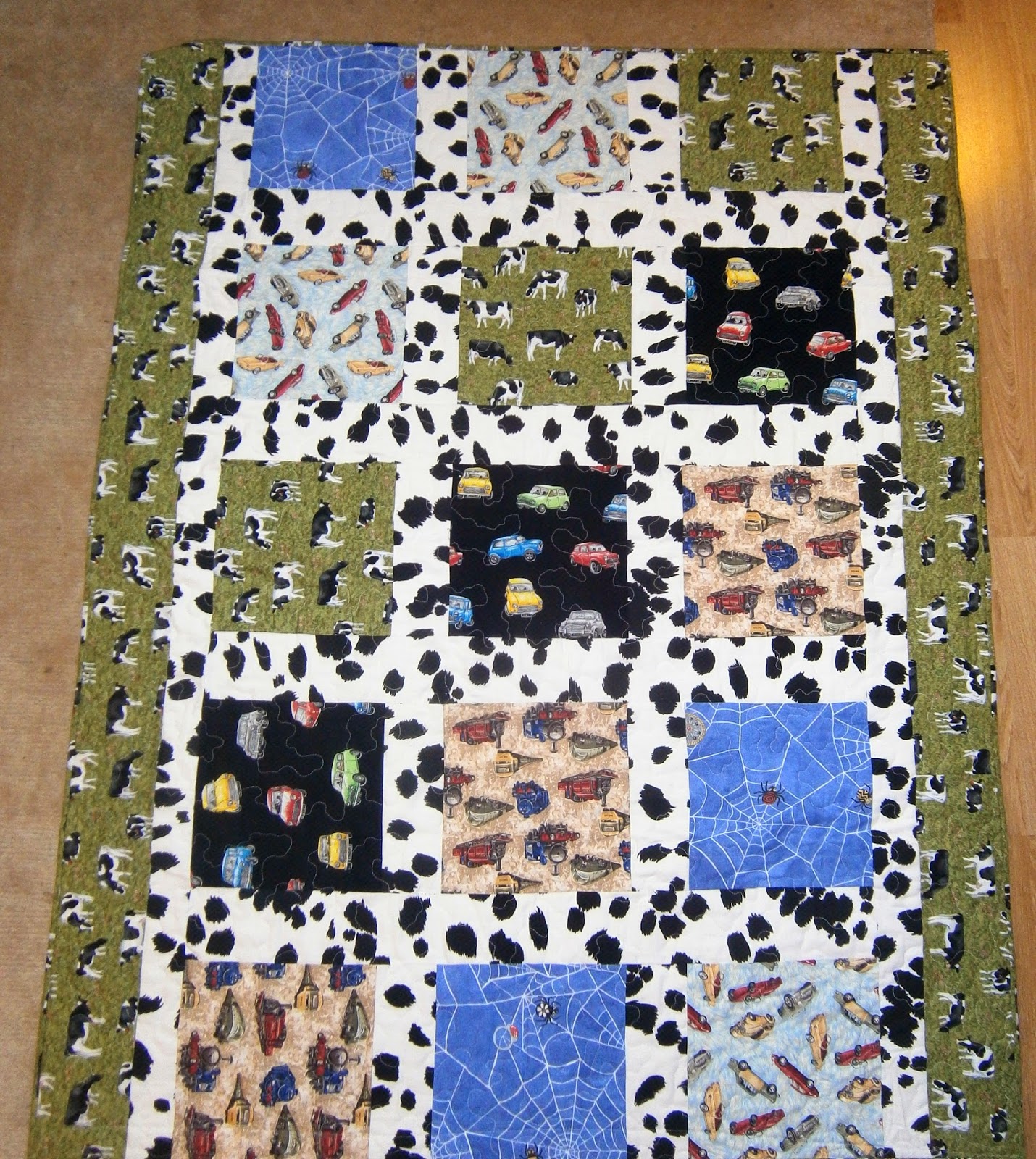 Oh well.  I'm sure that it won't matter that it is paired with cow print blocks and borders!

It has finished approx. 42" x 60" - so just right for wrapping up a child in (or for curling up under myself whilst watching mindless TV and sipping honey and lemon, as it turns out!).

Esther Alui has just published the LAST part of her Love Entwined pattern.  Amazing quilt!  I still haven't finished my fourth vase - which would be the last bit for me as I'm only making the central square.  Time for me to pull it out of the 'project wallet' and see what I actually need to do in order to finish it.

Perhaps some gentle hand sewing would be just the thing for me this week! 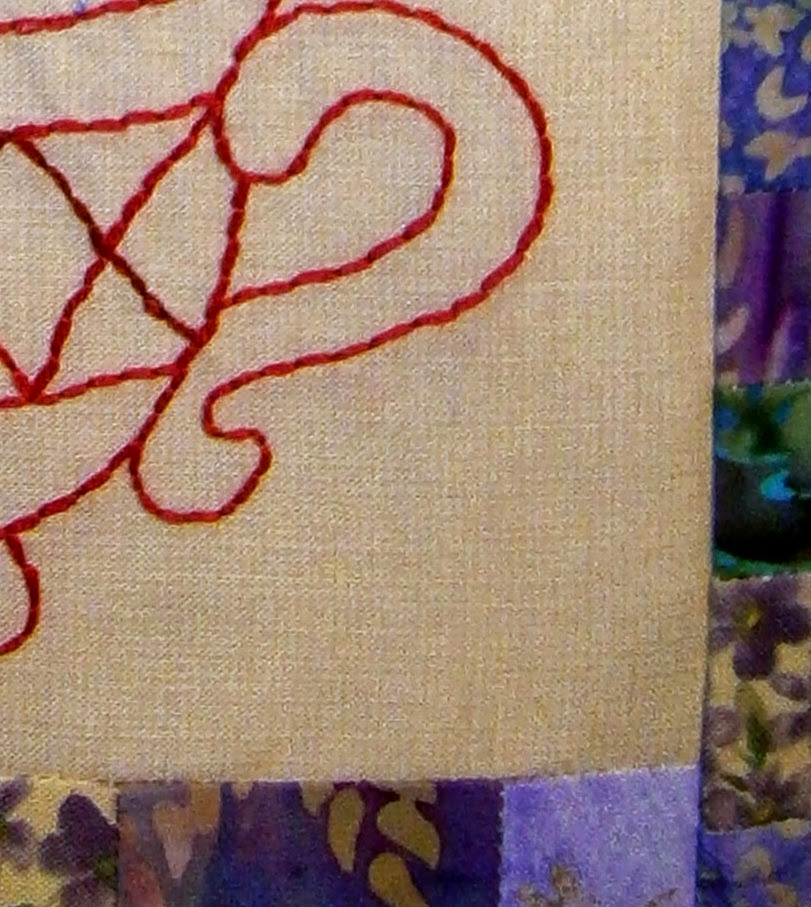 Life seems to have been lived on the run this week, for no particularly good reason!

Sewing time has been reduced by time spent at school meetings, tidying, sorting, and generally having the type of turnout (in some tiny areas of the house - I wouldn't like you to think that things had become too extreme!) that is more usually associated with spring!

Of course, every bit of tidying seems to result in even more ideas for the 'to do' admin and household chores list - never a good idea!  The list now runs to an entire sheet of A4 paper and the plans would total about £45,000 - or about £42,500 more than we actually have to spend right now!  Ho hum.  Back to the drawing board (or at least the sewing machine!).

I have managed a little sewing, though - but as both blocks are for my quilting group's Round Robin, which is kept secret over the five months that it run, 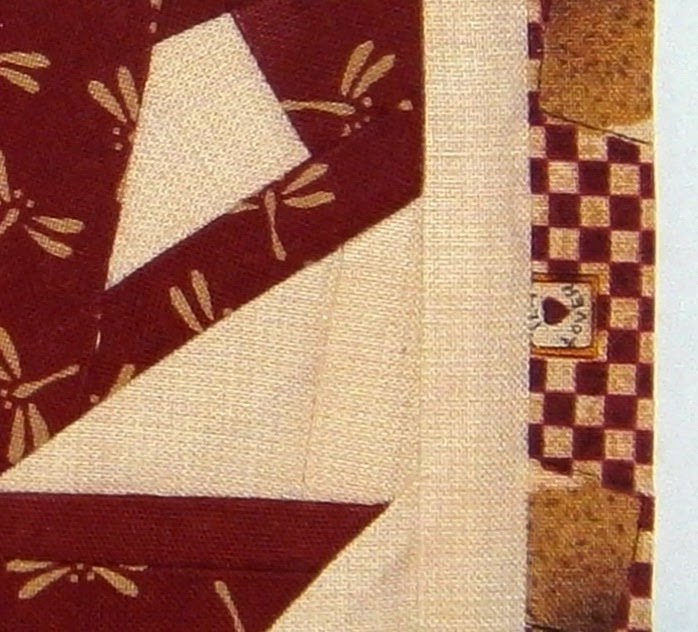 I thought that perhaps I should only show glimpses of the two blocks for my first recipient.

I got to play with a stitchery, an improve border, and some paper piecing.... not bad for just one 'hit' on someone else's project.

I'm hoping to make more progress on other projects this week although time does rather seem to be getting away from me again.

I think that I'm going to set aside one week a month for (modern) family history and scrapbooking, rather than vacillate between whether to start fiddling with photos or fabric and ending up doing neither!

Hope that your autumn is more productive than mine at the moment!
Posted by Plum Cox at 11:22:00 3 comments: