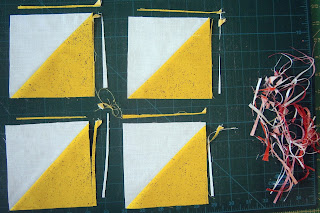 It all started well. 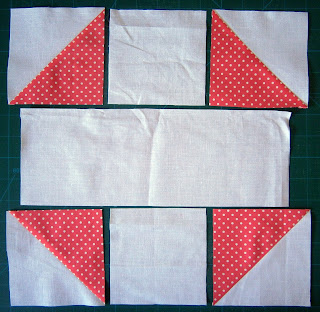 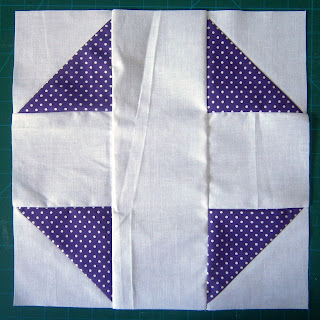 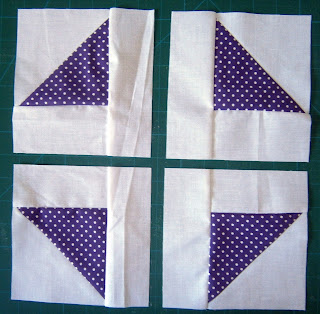 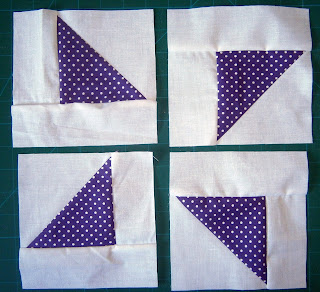 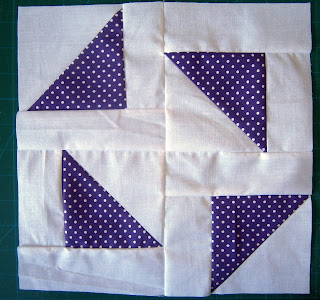 Block sewn together.  Errrr....... no.  I don't know how I managed to put them together differently from the way that they were arranged before I sewed them!  I obviously failed to sew the right sides of the two halves together.

What's worse, is that having sewn this as a test block, I then used it to make all subsequent blocks!

I suppose I should be grateful that all of them are wrongly the same! 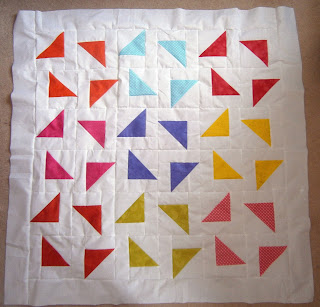 Of course, I didn't manage this lay out straight away - I managed to rotate a couple of the blocks by 90 degrees, so I had to do a little unpicking and reswing.

It was only when the quilt flimsy was complete that I realised my error on the internals of the block!

Doh!  So, not quite like the pattern in the book, but still very bright and fun.  This will rest now until I feel inspired to back, baste and quilt it.
42" square. 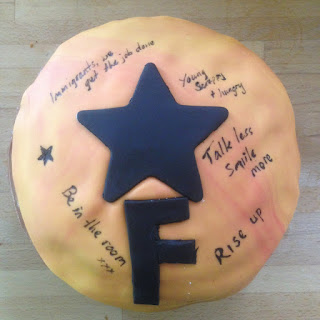 We also had a birthday in the household.  DD2 celebrated with socially distanced pizza in the garden on one evening, and afternoon tea with family on the following day.  My Hamilton themed cake wasn't a stunner, but did use only the fondant icing that I had on hand, which was great!