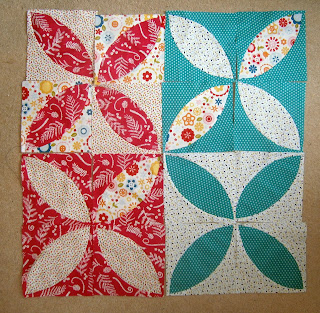 Now that I've made a few more orange peel blocks, I thought that I might make them into a medallion for the centre of a quilt.

Of course, then I needed to think about their layout.

This was my first thought. 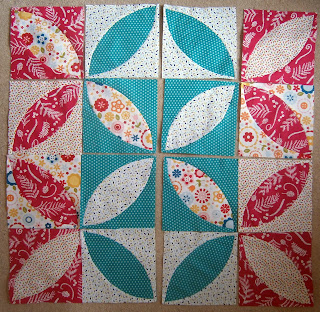 This was my second thought, which I prefer.

I had thought that I'd sash the blocks, after sewing them together into sets of four..... but actually I like these laid out as they are.  They show the secondary circles better this way. 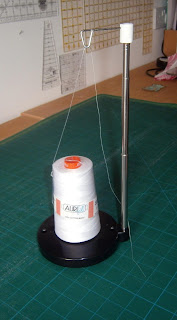 And the 'leveling up'?  After decades of using spools of Aurifil, I've decided that I should invest in a cone stand.  It will pay for itself in about two cones of thread, I estimate - and as a household that won't take much more than a year on current usage!